Throughout her career, Lana Del Rey has made a mint mixing of old, Hollywood iconography and repudiated love stories, her music was austere and gauzy, glacial and bass-heavy with a kiss of hip-hop flair. This is a woman who is painstakingly in control of every move she makes; even if it doesn’t seem like it following the early releases earlier this week.

This album, like all of her work, roots a nostalgic tone with a modern backdrop. It’s  empathetically and fastidiously Lana in its atmosphere; almost quintessentially as she sings with her breathy vocal style. However, this latest effort was worth the anticipated wait. At 16 tracks long, some may wonder what the album holds, but I can tell you, its sheer length ends up playing to its advantage. With the mixing of vintage pop, it goes hand-in-hand with the added hip hop and poison, Lana is at her usual best.

Throughout the tracks, Lana demonstrates through sonic landscape, her lyrical interpretation of her experiences with drugs, pain, pleasure, the art of dark and light and a hell of a lot of ‘Cherry’ red. Bitch.

The album begins with the previously released song “Love” which is a slow- beating ballad that blossoms as the track goes on, which is an affectionate message to her fans and young people, assuring them that they are “the coolest” and that “the world is yours” when you are young and living in love. That song is followed by one of many masterful collaborators in the album, the Weeknd- “Lust For Life” captures the essence of both their will to live, moments when the two are doing what they love, with whoever they love, reminding them that life is worthwhile. In true Lana fashion, the song raids the larder of American culture.

The next track “13 Beaches” reflects her feelings about the trappings of fame and the struggles of living in the modern world. A song about Lana searching for a place that’s free from paparazzi and overzealous fans. The intro of the song contains a vocal sample from the 1962 horror movie ‘Carnival Of Souls’.  The sample is meant to relate to Lana’s feeling of isolation; that she is living in a fish bowl since fame.

Along these, Lana shared the dreamy, entrancing, “Groupie Love” and the skeletal trap mix “Summer Bummer” which feature rapper A$AP Rocky and the latter including “Magnolia” singer Playboi Carti.

“In My Feelings” has an acidic sound, while Lana is using her bass as a heft to drive her anger forward- moving between the blissful highs and moving lows, she goes in deep on this track, inevitably. Her familiar ‘femme fatale’ tones, “Coachella – Woodstock In My Mind” has her dropping sarcastic slang while simultaneously seeming hypnotic.

The tracks “God Bless America- And All The Beautiful Women In It” and “When The World Was At War We Kept Dancing” shows a clear demonstration as well as a reaction  to the election of Donald Trump, causing a shift not only in her imagery, but in her subject matter as well as her outlook on Nationalism. Camp, romance, and sadness are the driving forces behind much of her music, but the political jolt finds the singer querying not just personal relationships but asking public questions of the world. While she could have sung “God Bless America” through three layers of irony and made it work, she reorients the song to speak up for women; there is no confusion about who this song and message is intended for. Lana Del Rey is a performer who makes forceful gestures with lyrics and musical style, and in these moments where her style converges with 60’s protest music, it feels natural.

“Tomorrow Never Came” with Sean Ono Lennon shows the two swimming through vintage pop, as they reflect the sad reality over variations of some of the most iconic melodies of the 60’s. A unique track that feels strangely elegant instead of novel, especially given the multiple Beatles nods.

Pulling back the joy, for something more real, “Heroin” slides back to cloudy days in its sparse arrangement. While it takes quite a while to get there, the finale of the track has such an overpowering emotion to its hook that it’s easy to forgive the wait. “Change” strips a lot back for a cutting piano track, that only suffers from being surrounded by so many of the more complex tracks of the album. Climbing into the sunlight on “Get Free” Lana closes the record on a harmonising pop-shuffle. The hazy nature of the track makes the whole track float.

I thoroughly enjoyed listening to this thing, far more than I personally expected. Lana Del Rey is a poet, a combination of joyful yet lovely nonsense- cigarette burns, cheap drinks, crushes. But it’s everything. The features of Stevie Nicks, is both contagious with her previous works yet shows fresher and less claustrophobic tones. It’s as though Lana experienced an epiphany of some kind which opened her eyes, and we’re finally glad she has. 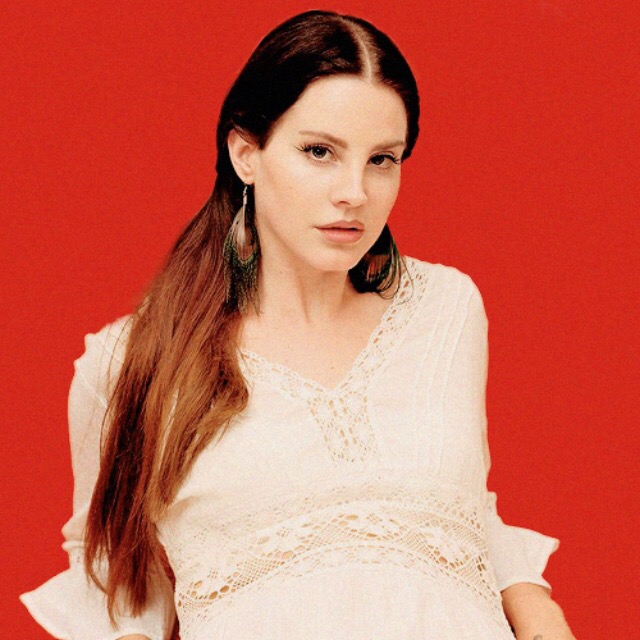 An aspiring writer, publicist and journalist based in London, UK. Who wants an Nintendo switch so that she can play animal crossing. Also cares about human rights. ☄️🧿🧃🧸🌋⛓🧴🍋🧚🏼 View all posts by Ashley